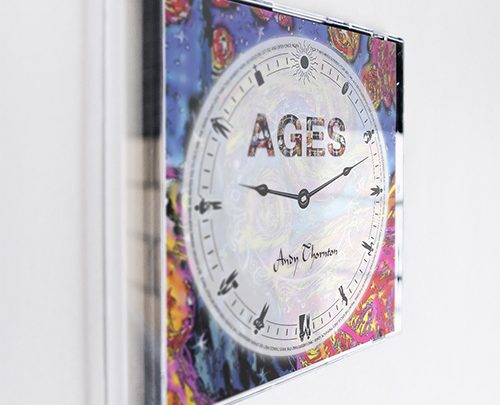 My latest and my greatest- combined

My latest: Songs written because I’ve lived for some time without dying. Because I’ve traveled to countries where people have it tough; eaten danced and dreamed with them. Because I’ve been overwhelmed by moments, mystified, restored. Because I don’t want to be a kid any more. Because few people say what I think needs to be said when they start singing.

My ‘greatest’: a retrospective. My fave recordings from four other albums along the way. Remastered… as they say, to sound even better than the originals. Surely not?

Read on and buy the physical double CD here.

Other side of the tracks

Background to the artist and songs for newcomers here. 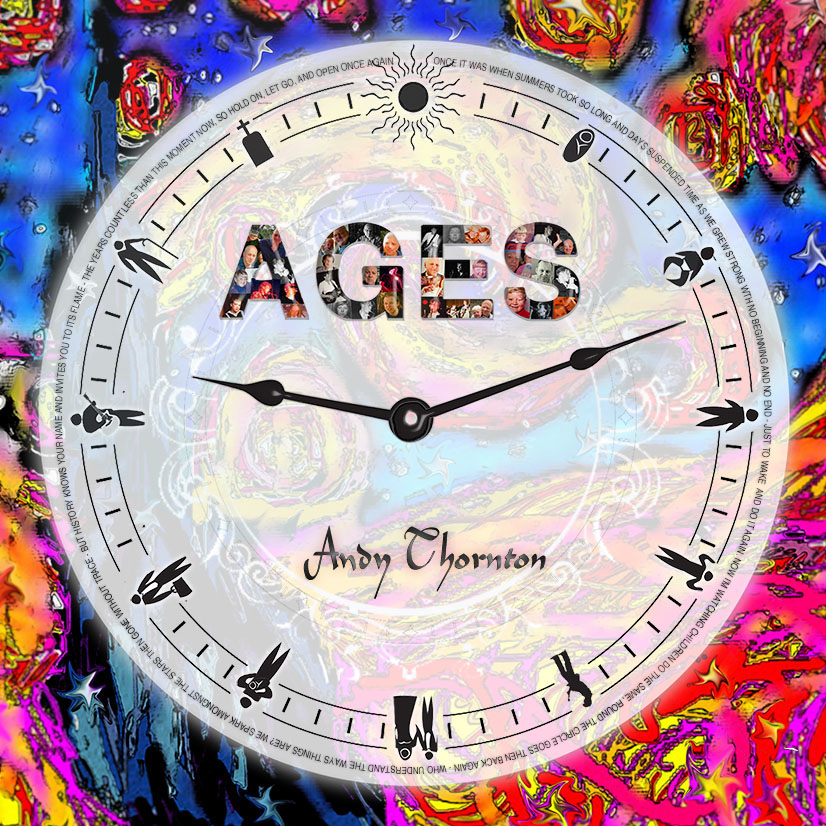 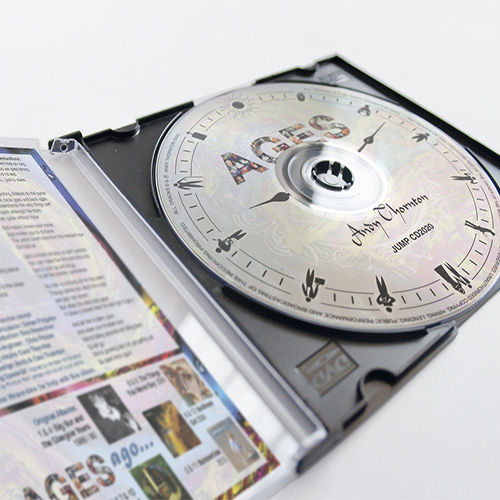 Andy’s new album “Ages” is his fifth and is the first in 10 years… well it takes a lot to be “the greatest songwriter you never heard”.

It does what he has always done: track the encounters of his life in melody, mood and lyric such that their impact reaches the listener with beauty and force. “wonderfully mature intelligent songs…” said Maverick Magazine “makes an instant connection” Rock n Reel

Thornton believes in experiencing the breadth of life, and from that letting the music flow. This new album “Ages” is the epitome of that. In 2010, After Sunflower Girl, new love (and second child) he went on to become the Chief Executive of a national charity in London. This saw him traveling the world as a trainer in democratic activism and cultural relations, meeting activists from many countries in Asia and the Middle East, especially those in post conflict situations. These encounters come out in wide screen format in the new album.

And at the same time ‘Ages’ exposes the common story of learning to come to terms with getting older:

A second unique aspect of this album is the great variety of its arrangements, of which just about every single note was played and recorded by the artist himself.

“It’s a theme you seldom hear tackled positively in song ! Most people’s record collections are full of songs about being young and falling in love. A kind of ‘stage one’ life experience. I realised I was on stage three, and no one was singing about it. I was seeing the world, meeting interesting people, learning a lot about myself and about the human condition, but few people take that on. Only the folk tradition really takes life that seriously. But I’m not really a folk artist – so I find few people putting all that together with some kind of authentic voice…”

The resulting album is one of great breadth, depth and intimacy. It takes a hard look at the state of the world and returns with his typical compassionate frustration with injustice. Particularly injustice perpetrated by first world countries like ours.

No one is spared at times, but neither is anyone pronounced guilty. Rather, Thornton’s songs are a mirror on the world and on ourselves. How we respond is our business.

“I was very busy with my job in London, family and kids and all the things that go with it, I made this outhouse hideaway where I could start plotting new ideas. I’ve always been a multi instrumentalist, I love doing big vocals so I just took to developing the arrangements the best I could. I got some assistance from one of my heroes, songwriter Boo Hewerdine along the way, and then a little more from another – mix engineer Rafe McKenna, but really it’s a homespun affair that hopefully doesn’t sound like one! I guess having the know-how from running a studio many years ago kept me in control – I made more than 1 million decisions along the way! I guess the title could be about how long it took to make it as well as my reflection on the many ages of life!”
The result is a big production! It has moments where are you hear the 80s pop jumping out at you (for instance the opening track ‘The Restless Horizon’) and moments of sparse beauty (witness ‘You’ll Find Me in the Birdsong’: a gentle track suggesting that one day a writer’s melodies linger on beyond this life, and if you wonder where to find him, listen to the dawn chorus).
Plus travelog songs such as ‘Lahore Moon’, written on his first visit to Lahore Pakistan, or ‘This Time, This Place, This Skin’ written in Sri Lanka after a week with nationals who found themselves on opposite sides of the civil war there. The song takes a sweeping look at how all of life’s chances emanate from when and where  you were born and the nature of the skin you drop in to.
‘Cruel Britannia’ brings it back home.Written at the time of the 2017 General election: Thornton’s revolt against the reappearance British protectionism, reminding us that GB PLC only exists because of the theft from Africa of millions of slaves at the dawning of the industrial era.
Quite how these themes squeeze themselves into a single album, you will have to hear.
And for those who are not aware of this artist, a second disc featuring 11 songs that bring the best of his previous incarnations, ‘Ages Ago’. In these tracks you hear the evolution of the writer to the present day. The whole thing sums up a journey of 40 years writing and experience and what becomes a deeply rewarding double album.
Buy NOW